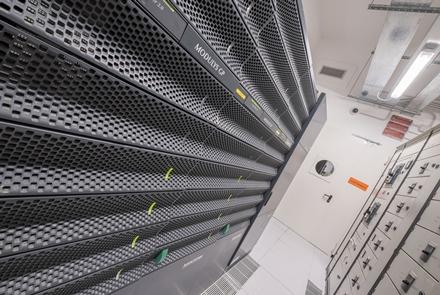 On February 10th, following the census of the Public Administration ICT assets conducted by the Digital Agency, the Lepida Datacenter in Ferrara was announced eligible for utilization by the National Strategic Pole (PSN), while the Lepida Datacenters in Ravenna and Parma have been recognized as members of the "Group A", according to the classification provided in the “Three-Year Plan for Information Technology in the Public Administration 2019-2021”.

The important milestone for the Emilia-Romagna Region as the founding body, and for the whole regional territory, was obtained through a path started in 2014 as Lepida, on behalf of the Emilia-Romagna Region, engaged in the construction of three Datacenters in Emilia-Romagna (Ravenna, Parma and Ferrara), and in the progressive construction of a portfolio of IT solutions, allowing the rationalization of the ICT infrastructures of the local PA and regional Health Authorities, with a total investment of about 10M€ and with a private-public model that opens part of the datacenter spaces to the territory. The Lepida Datacenters are integral points of the Lepida Network, extending its functionality, and are a complement to the Ultra Wide Band network that Lepida has built and is building on the regional territory. The Lepida Datacenters respond to the need for efficient, low cost, high reliability and high availability telematic infrastructures, that are necessary for the provision of services to citizens and companies by the Public Administration. The certifications currently obtained are ISO 9001, ISO 27001, ISO 27017, ISO 27018.

Many of the DCs owned by individual local authorities and health care agencies already converge on the Lepida Datacenters in terms of efficiency and safety, use of economic resources and energy saving. To date, there are about 300 users of the Lepida Datacenter services, a qualification that reinforces the objective to complete the process of rationalization of the public calculation and storage resources that are present on the regional territory. The public party contributed to the three operating Datacenters for about 7 PB of storage and 17.000 calculation cores.
The strong commitment of Lepida in the rationalization of the DCs enabling and networking infrastructures is further enhanced by the role of the Director General Gianluca Mazzini within Assinter Italia. As Vice President, in charge of the "National Infrastructures and Strategic Poles", he declared that "the path of rationalization of the Datacenter started 7 years ago and we have moved from storing data in remote basements to a few safe, guarded and redundant places. Together with other actions by in-house companies, we are trying to create with Assinter a real and available network of experiences and resources at the service of the country, for all public subjects".