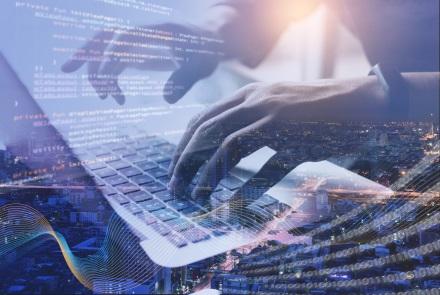 In the course of 2019 Lepida has migrated all the servers of the regional Open Data service within its Datacenters, also making a major technological upgrade. At the same time, the application was improved by updating the portal https://dati.emilia-romagna.it/ at the beginning of 2020, making it compliant with navigation from mobile devices and renewing its graphics. The Minerva and geoPortale regional portals were also integrated, making it possible to automatically update the datasets present in these databases; during the first half of 2020, tests and checks were carried out and the integration will be implemented in the second half of 2020.

By June 17th, the datasets present in the Open Data portal are 1.324, of which 1.282 are public and 42 are private (i.e. visible only internally to entities with access credentials). The updating of the individual datasets is closely related to the frequency of updating provided at the time of publication: due to the nature of the data, some datasets must be updated annually or semiannually, while others must be updated at each change, or uploaded only once until the expiry of validity, which may be even after a few years. Specifically, compared to the 1.324 datasets surveyed, 608 were updated in 2020 (46%), 435 in 2019 (33%) and the remaining 281 (21%) in the three-year period 2016-2018. An important aspect in the census of Open Data is the allocation of the thematic area of competence; 37% of the datasets surveyed at least one topic among 'environment' (96 datasets), 'government and public sector' (85), 'regions and cities' (69), 'economy and finance' (48), 'population and society' (47), 'tourism' (47) or other themes (104) such as 'transport', 'education', 'culture and sport', 'energy', 'health', 'agriculture, fisheries, forestry and food', 'science and technology', 'justice, legal system, public security'. The number of bodies collaborating in the populating of the regional Open Data portal is at the moment still limited: 42, corresponding to 1 Region, 1 Province, 1 Metropolitan City, 31 Municipalities and 8 other entities of the territory, including Lepida.

Considering the above, noteworthy are the stability of the portal and the correctness of the update flows; however, it is necessary to start an awareness raising process on the Bodies yet not present in the regional portal, by clarifying that an automatic harvesting system is already active, allowing to integrate the data source of the single Body with the regional portal. It is not difficult to imagine a regional Open Data portal complete with the data of all the Bodies of the territory, as well as to imagine the added value that such data could bring, not only to citizens and companies, but to the Bodies themselves: Open Data are an important resource, partly unused, partly unexplored.